The flag of Libya is a red, black and green flag, featuring a crescent moon and star in the center.

The red recalls the blood of shed for freedom, the crescent moon and the star of Islam, the green is the national color of Libya, and reflects Islam, and the black represents Africa's black people.

The first national flag for Libya, after gaining independence from Italy.

The third flag of Libya, after the country joined the Federation of Arab Republics.

On March 8, 1977 Libya's official name was changed to: Al-Jamahiriya al-Arabiya al-Libiya ash-Sha`biya al-Ishtirakiya (the Socialist People's Libyan Arab Jamahiriya), and on November 11, 1977 the flag was changed to all-green design by Muammar Gaddafi in reaction to Sadat's visit to Israel.

During the civil war of 2011 the NATO-backed rebels used the 1951 flag which was re-established as the national flag on December 24, 2011 (Christmas Eve). 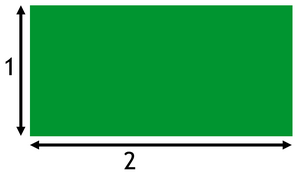 VexiWiki has a design page for:
Libya
This article is a stub since the designers of the Libya flag aren't named here. You can help VexiWiki by adding them.
Community content is available under CC-BY-SA unless otherwise noted.
Advertisement